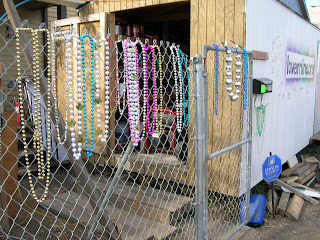 yes, we decorate for mardi gras...

my apologies, this post won't really be about mardi gras, but i find those two words catch folks' attention in a special way. it really is the biggest, baddest party in the universe, even if it does distract our volunteers for a couple of days, but, hey, they work hard for nothing most of the time, so let 'em party, i say!

at any rate, we had a pretty great mardi gras season in the lower nine, for reasons that had little or nothing to do with carnival. i arrived back in january and was greeted by project coordinator, matt sheard, who was holding up the certificate of appreciation we'd just received from the holy cross neighborhood association. this is a great bunch of people, and a group with which we are developing an increasingly important working relationship by the day, so, to be honored by them was truly seen by us as a recognition of our place in the neighborhood.

matt sheard and matt grigsby (project manager), with the rest of our long-term volunteers and about a dozen short-termers, had gotten our plumbing and rough electrical inspections done, and had 80% of our headquarters building sheetrocked in a little over two weeks - an amazing feat for a group of mostly amateurs. part of what spurred them on was the presence of bob and mel, volunteers from wisconsin with a ton of building experience, who pretty much ran a sheetrock bootcamp while they were with us. and that's the way it goes most of the time. just when the skilled members of our staff feel like they have just as many unskilled volunteers as they can possibly train and supervise, someone shows up with skills and tools and pitches in and energizes projects and leaves feeling like he or she has really accomplished something. and we have that much more work done on a resident's house and moving in day comes that much closer. 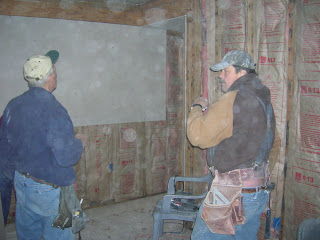 
the good news kept coming in the following days, we were on a roll. first we received word that we would be receiving a grant that will allow us to hire contractors to re-wire and re-plumb 50 houses in the coming year. these are the trickiest jobs for us to get done, as they require licensed contractors to apply for the appropriate permits and, then, in order for us to get the work done cost-effectively, we have to find contractors who will allow our staff and volunteers to do as much of the work as they think we can safely undertake. but, we've found a couple of contractors who are committed to helping us get the work done and things are looking hopeful that we'll be able to deliver the 50 houses. the money's not in the bank, yet, but we're ironing out the details as i write this, and we have contractors standing by waiting to get to work. of course, a grant of that size was contingent upon us having our 501(c)(3) status, which readers of this blog will know we've been trying to obtain for some time now. but, as of january 28th, we are now officially certified, sanctified and legally a tax-exempt organization! that means, when you go to our web site and click on the make a donation button , you will be able to claim a tax-exemption for that contribution, so, really, there's no excuse for not doing it right now . and, if you don't feel comfortable making a contribution online, just mail us a check or leave a large satchel of cash inside the door of 6018 el dorado street when you're in town... 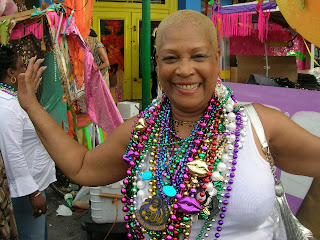 we hit a double this last week in public relations when we had an article appear on the metro section front page of sunday's new orleans times-picayune, while also being featured thursday night on wwl-tv. while neither of these press reports has compelled a single person to contribute a dime to the effort, it certainly shows that we are making progress in terms of being taken seriously as a group that is doing worthwhile work in the community. so, if you're reading this blog, please pass it along to anyone you know who might be able to send a little gelt our way. i know, i know, i keep mentioning money, and it's rude, but i gotta tell you, we're in a position right now to get so much more work done in the next months and years, and the more money we raise, the more families we can get back in their homes - faster and more affordably. it's that simple. more homes rebuilt means more families living in the neighborhood, means the city has to provide more services (schools, hospitals, police and fire stations) for more people, means businesses will start to come back, means more people will move back, etc.. your contribution to this effort, however small, will help this community come back to life, and that's the truth. end of fundraising plea, i promise...

oh, and one last big thing, which may not seem like such a big deal to most folks, but we have rented a three-bedroom apartment for our half-dozen or so long-term volunteers. this means they don't have to sleep on cots in a houseful of short-termers, have their own bathroom and can make a midnight snack, if they so choose, without waking up said houseful of short-termers. they have promised to keep it clean and vermin-free, and we owe a debt of gratitude to our neighbor, antoine turner, for letting us know he had an apartment for rent (among other things!), and to jeff osborn for agreeing to come up with six months worth of rent to make it happen (among other thing, also).

other than those big highlights, the work just proceeds apace. we now have 79 home rebuild applications on our waiting list - 6 in progress and three more to start as soon as we get the grant money for the systems work. in addition to matt and matt, our volunteer coordinator, lauren smith, is helping us keep track of the short-term volunteers, who will be flooding into the city in the next couple of months for various schools' february vacations and spring breaks. we've come up with an organizational flow chart, courtesy of matt s., and are getting rather scarily organized for what must look like to most folks a pretty motley group. our headquarters building is within a couple of weeks of completion, the telephone and internet service will be installed the middle of this month, and we even managed to fix the mysterious leak in the roof that defied us for a while. all in all, things are looking pretty good (which phrase makes me picture larry david saying it, "pre-tty, pre-tty, pre-tty gooood!") 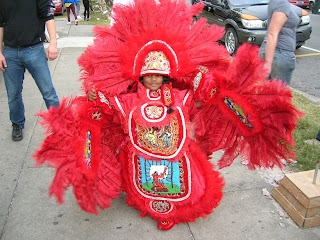