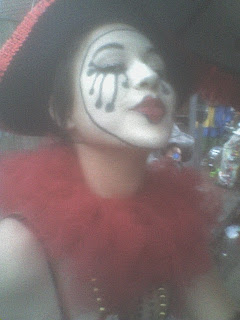 Posted by lowernine.org at 2:45 PM No comments:

testing the waters - and daring them to return

In November of 2006 I went to New Orleans for the first time post-Katrina, to volunteer for a week with a group of Unitarian-Universalists from Maine. I've been returning almost monthly since.
I realized practically in the first fifteen minutes after my arrival that the most pressing need in the city was for programs where unskilled volunteers (like most of our group) could learn to do basic house rebuilding. So, with that thought in mind, I returned and began rebuilding the house of a Lower Ninth Ward resident named Roy Bradley, whom I had met by chance and who offered to sit down and tell his story into the the business end of the large video camera I was lugging around at the time. I have been leading groups of volunteers of all ages down all year, and returning on my own when the stream of volunteers willing to subject themselves to the humid brutality of a southeast Louisiana summer dries up.
I am neither rich nor young. I have one child in college and another soon heading in that direction, and we find ourselves, my wife and I, borrowing money just to pay tuition at a state university. Although I am self-employed, which allows me to take the time to make these trips, my income has necessarily been affected, but that's a choice I've made.
My connection to the "City That Care Forgot" dates back to my early teen years. My best friend growing up in Alabama had an uncle who moved to the French Quarter around 1970, giving his parents an excuse to make the six-hour drive on a regular basis. We did everything together, Dwayne and I, so I was usually invited along on these weekend trips and, while the old folks drank, we wandered the Quarter and I fell in love with all things New Orleans. On the beat peregrinations of my early-twenties, New Orleans was always a favored layover, although there was always something calling to me from someplace else that made settling down seem a distant hope. But, I kept coming back, dragging my Ivy League-educated feminist wife down Bourbon Street much to her horror, and making sure my daughters got to spend time in the Crescent City, despite my wife's initial conflation of the whole city with alcoholic misogynistic debauchery. They all grew to love the place, and my dream was always to buy a run-down shotgun house in the Marigny someday and take life a little easier...
And, then, of course, that damned storm came along and screwed everything up, and I'm not even thinking about what it did to my retirement plans.
And, you see, the thing is, it didn't even really screw up the neighborhood I'd always fantasized about living in, but, my love for New Orleans had always been a holistic sort of thing. I always knew that the music that makes the city so culturally-unique didn't start in the French Quarter and the food that has influenced the tastes of the entire world didn't come out of the Garden District and the whole dripping wet, funkinyourface, laissez les bon temp rouler, whatyoulookin'at, baby attitude of the place sure as hell wasn't cooked up in some office in the Central Business District. New Orleans is its neighborhoods, and the neighborhood that I'm trying to straighten out is the Lower Nine, what's left of it, along with a whole bunch of other really hard-working people.
And, that's what this blog is going to be about, our efforts to help a community recover, in every way we can make it happen. Working with other dedicated volunteers we are in the process of making the program I initiated a fully-fledged non-profit, and are raising the funds to have a full-time presence in the Lower Nine. So, stay tuned, because it's going to be a "rough and rocky road," but we are definitley going to take time to dance a second line and shout the blues as the feeling comes on us.
Amen.
Posted by lowernine.org at 1:39 PM No comments: